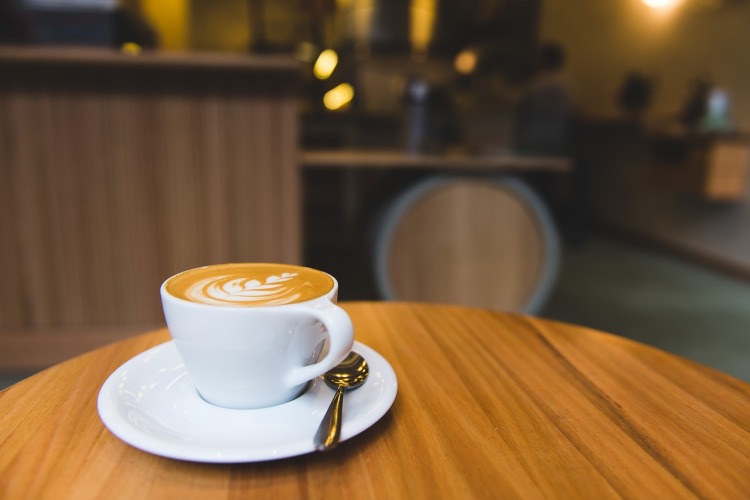 This week has continued to be insanely busy with to-do lists that are never-ending. My ability to multi-task has grown substantially, and I think that is due in part to the fact that I’m sitting down and planning my week. I’m not getting it all done, but the structure is helping me use my time more efficiently. I’m working errands and tasks into the margins, so to speak, and I feel like I was rewarded handsomely for my efforts when I set out on my Monday lunch break to run an errand that would end up killing 3 birds with one stone.

A while ago- we’re talking a couple of months, maybe longer- a FedEx package was mistakenly delivered to my house. After a couple of futile attempts to get the package to its rightful owner, I queried the FedEx guys who delivers to my job about what to do with it. He suggested taking it to Mr. Postman.

Monday, I finally pulled into the parking lot of Mr. Postman with the mystery package, my Stitch Fix items to return, and a bill to mail. Friends, let me tell you, when I opened those doors and crossed that threshold, I was in heaven. I was so bumfuzzled by the divine aroma of freshly brewed coffee, the sight of cafe tables and chairs, and the dazzling collection of adorable home decor and gift items that I must have looked like Dorothy taking her first steps into the land of Oz. Somehow I communicated to the barista the nature of my shipping needs, and she took care of me well. Once that errand was complete, I eagerly chatted with her about their selection of coffees, ordered a snickerdoodle latte, and perused the many treasures in the shop while my coffee was being made. I have to say, this sweet little find may have been the highlight of my week

The next morning presented a challenge, as it was Stax’s surgery day. After his escape from the backyard last week, it seemed clear that I could no longer delay getting him neutered. He was also due for some vaccinations, so my excuses for delaying the inevitable were running out. To get him ready for the vet is no small thing. I legitimately need the skills of a rodeo cowboy to get Big Yellow into his harness, but we managed to get to the vet where he promptly marked his territory 3 times. Bless that staff. One of them even helped me get him into the car after the surgery. On the way out of the clinic, we were talking about how confused Stax must be, to which the staff person remarked “Yep, he came in with a full purse and is leaving with an empty one”. I don’t know why, but that cracked me up.

As for my growing girl, it has been another great week. I can no longer escape the fact that May Lee is growing and maturing in leaps and bounds. Last week at her soccer game, she performed the chicken dance and numerous somersaults but gave very little effort to playing the game or following the coach’s directions. During one of the breaks, we had the following talk:

Me: May Lee, I want you to go out there and make a WHOLE BUNCH of mistakes. Like, hundreds of them.

May Lee ran out of the field and continued on in the same fashion as before. However, during soccer practice this week, I could tell a difference. She was “in it” and not so hesitant. She was trying instead of letting herself get intimidated by her own fears. I was a proud mama. This was quickly followed by another proud moment when we got home and she read 3 little books to me that she had made at school. She’s really growing and coming into her own.

May Lee is also pumped for the upcoming holiday season. She celebrated the first day of fall then immediately asked how many days until Christmas. She cannot decide what she would like to be for Halloween or whether she would like to dress as a pilgrim or a Native American for her school’s Thanksgiving Feast, but she does know what she would like for Christmas. Her Christmas list is as follows: horse, pony, unicorn, kitten, puppy, turtle, an Octonaut set, and toys of all our friends and family. When I heard that last one, I immediately pictured all of our friends and family members as little bobble-head dolls, then I giggled a little bit and wondered if I could actually make that happen.

As for the health journey, I’ve been doing pretty well, but I’ve been really hungry the last couple of days. Plus, I’ve been a little stressed. Therefore, I have indulged, but I don’t really feel guilty about it. I’ve come a long way with being mindful about whether I am eating out of true hunger versus eating because I’m stressed. What I am bummed about is not doing my new morning exercise routine the last couple of mornings. I think I feel more bummed about the missed exercise, because I can tell the biggest difference in my body from the exercise and not the diet change. I haven’t been doing that routine for very long, but just stretching and doing some crunches in the morning has really relieved my aches and pains and my brain fog. So, I’m thinking missing these last couple of days has set in stone my resolve to incorporate exercise of any kind into a lifelong, daily routine.
The weekend ahead looks like it is going to be just as full as our week, with soccer, lots of school assignments, and pulling together a donation for the silent auction at May Lee’s school. But we are going to make time for fun as well as business and hit up a local festival. Maybe a $5 pony ride will satisfy the pony craving and remove said animal from the Christmas list. One can always hope.