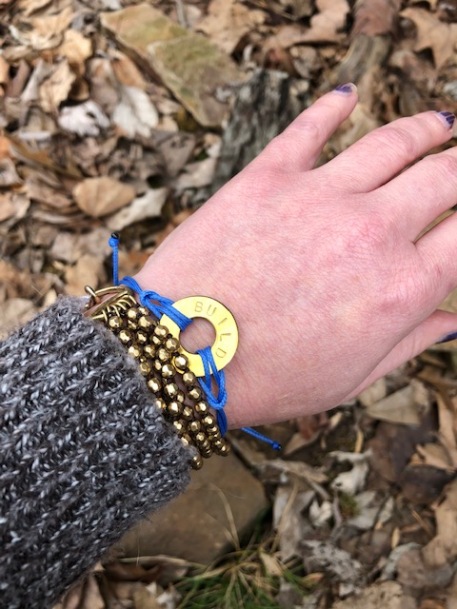 As a psychotherapist, personality is a topic that comes up frequently in my conversations with clients. Over the years, I’ve noticed that it is not uncommon for people to critically judge their innate personality traits as flaws in their character rather than perceive these traits as useful information about their identities. Therefore, I spend a significant amount of time helping clients to remove these critical self-judgements and learn to appreciate their attributes for the strengths and limits that they are.

Recently, at the end of a week full of personality and identity work, I became curious about my own personality profile. I wondered if anything had changed, given that I am now 5 years into my journey of recovery. I often joke that I feel like I have been 400 different people in my lifetime, and I guess a part of me wanted to know if there was any truth to that. The only way I could think of measuring that change would be to break out the ol’ Myers-Briggs again and see where I stood, so I logged onto the test that I often recommend and completed the inventory again.

Personality tends to be pretty static across the lifetime, so you may wonder why I would even entertain the notion that my profile would change. My curiosity was based on the fact that while I have always scored as a clear, died-in-the-wool introvert at 80% on the introversion-extraversion scale, the other scales didn’t come out as clearly defined. This was especially true for the thinking versus feeling scale, on which I scored a 49-51 split.

Given the ENORMOUS amount of effort that I have put forth in my recovery to actually *feel* my feelings rather than think my feelings, I wanted to know if that moved the needle at all in how I see the world and respond to my environment. Perhaps some anxiety was beneath my curiosity, as I found myself entertaining concerns that indulging some of my intellectual interests may have inadvertently canceled out all the work I’ve done on feeling my feelings and trying (mostly unsuccessfully so far) to be in my body rather than in my head. Basically, I wanted some indication that all this work I’ve been doing on myself was having some sort of effect.

When I reached the end of the test and clicked submit, I was actually surprised, but more so,  pleased to see that I had once again scored as an INFP. Even as I continued to read through the profile and was reminded of the fact that this personality profile makes up only 4% of the population and is one of the profiles that is most often misunderstood by others, I didn’t let that dash my feelings of hope. Because, well, first of all, that whole misunderstood thing is a true story and I have plenty of experience to back that up. Second, the percentages of my scores for each scale had become more clearly defined. No more riding the fence for this girl. I’ve officially crossed over into the land of 4%, where I’m sure “my people” live.

I honestly didn’t expect those results to feel as deeply satisfying as they did. Whatever concerns I took with me into the re-taking of this assessment were resolved with these scores. Whatever doubts I had lingering in the back of mind about whether or not all of this work I have been putting into my recovery was yielding results were put to rest. The numbers tell me that everything I have done, from the small and mundane habit changes to the enormously challenging emotional overhauls, has been effective.

In fact, it deepened my identity. Within the community of trauma recovery, we talk a great deal about healing trauma as a way of coming home to ourselves, and I believe that appears to be what is at work within me. The work of recovery hasn’t taken me to the other side of a personality spectrum, essentially swapping out an “old me” with a “new me”; it has strengthened the me that was always there- the core that had become hidden as layer after layer of trauma, of trying to manage the expectations of others, and of people-pleasing piled on top of me.

This discovery was a really lovely way to begin the new year. If I am to resolve anything for 2020, it is simply going to be “more me”. Being the 4% oddball that I am, my word for the year doesn’t come to me at the New Year, it comes to me on my birthday, so I am 6 months into the year of “build”. In those 6 months, I have been actively building career and community, so it only seems fitting that the last 6 months of my 39th year would focus on building me.

After all, a truer sense of self is the best gift I could give myself on my 40th birthday, don’t you agree?